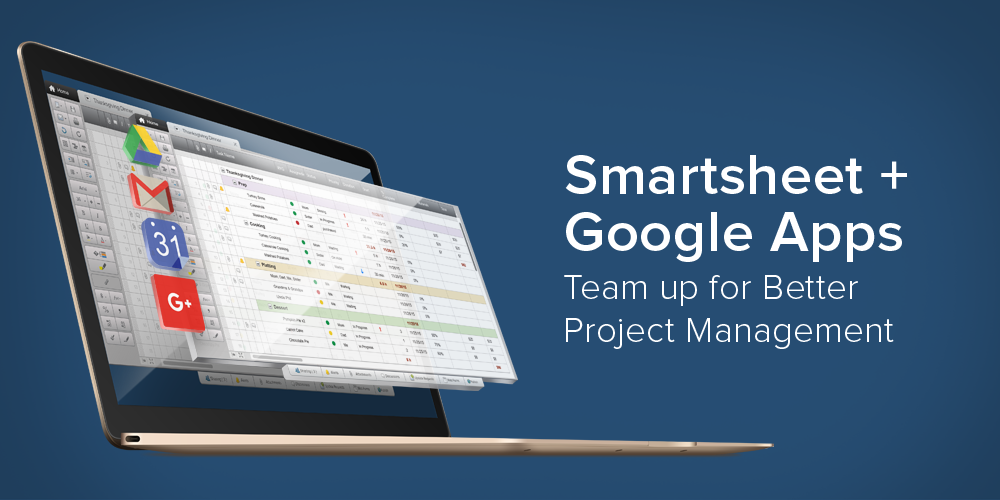 Seattle-based Smartsheet is a cloud-based collaborative work management platform that helps over 73,000 organizations and millions of people to deliver their best work. Over the past six years we have partnered with Google to build key Google integrations into our product, and we were a launch partner of the first Google Apps Marketplace. This year, Google named Smartsheet as one of the first solutions for the new “Recommended for Google Apps for Work” program.

Much like Google Docs solved the problem of collaborative creation and editing, we’ve solved the problem of collaborative tasks, projects and processes.  And we did it by making software without rules.  By simplifying what was cumbersome about traditional project management software and maintaining a familiar, spreadsheet looking interface we’ve created a platform any team can use to do anything - anywhere.

Centric Digital is a fast-growing digital transformation company and they believe in ‘walking the walk.’ When you’re in the role of helping Fortune 500 companies go digital, pen and paper just don’t belong.  Their team of designers, developers, and client relations teams work 100% in the cloud, with Smartsheet as one of the most indispensable apps in their toolkit. No, printers, no fax machines, no copy room or file cabinets, no paper...period.

And this cloud-first approach is paying off. Based on efficiencies gained from collaboration in Smartsheet, Centric Digital estimates it saves nearly 40 hours a week on client projects, resulting in at least $132,000 in savings each year.

“We run our business 100% in the cloud - you won’t find a pen, a pad of paper or a server here” said Brian Manning, President & Chief Digital Officer for Centric Digital. “As an example, we’ve combined Google Apps for collaborating real-time on documents, and Smartsheet for real-time visibility into project status and work management.  This has been fundamental to exceeding client expectations with efficient delivery, co-creation and access to our work from anywhere,” said Manning.

Smartsheet’s collaborative work management solution integrates across the Google Apps for Work product suite, including Google Drive, Calendar, Docs, Forms, Sheets, Gmail, and Hangouts.  For growing businesses like theirs, this means a single, simple, flexible platform can be used in every department from Marketing to Sales, Finance to IT.

“The spreadsheet-like interface makes Smartsheet immediately understandable by tech and non-tech people alike, so we use it with everyone,” explained Centric Digital’s Manning. “Smartsheet has really been able to transcend all of the types of work that we do.”

The benefits of using Smartsheet with Google Apps are huge, especially in regards to daily productivity:

Learn more about Smartsheet to get a new perspective on the possibilities of collaborative work and find out why they are Google for Work’s top pick for project management.

Smartsheet is Recommended by Google Apps for Work and has been reviewed for Security and Integration best practices. For more information on these Recommended Apps visit the web page here or contact the team.

About Lindsay Bleier: Lindsay is a Director of Strategic Alliances at Smartsheet. A recovering lawyer, Lindsay worked in the intellectual property practice of a large international law firm in Boston and NYC and has a background in strategy and business development. Ten years after leaving SF, Lindsay returned to the West Coast in 2013, where she was the first business development hire at Smartsheet’s Seattle HQ. At Smartsheet, Lindsay launched Smartsheet’s partner program and App Gallery, and has managed integration partnerships with ISVs, including key strategic partners like Google, DocuSign, Salesforce, Box and Evernote.

This content has been marked as final.  Show 2 comments
Close

Are you sure you want to delete this document?